At the end of 2013, my colleague Ivo Hristov and I were the first in Bulgaria to have not one, but 4 Ricoh Theta cameras, version 1. Almost no one had heard of spherical panoramas, let alone such cameras.
A lot of time has passed since then and today we will look at the 6th generation camera, namely Theta Z1 (51 Gb).
I can honestly say that in 8 years things have improved significantly - bigger sensor (1 "), bigger image, RAW (DNG), shooting 360 video with sound / 4 channel /.
Camera dimensions: 48mm (W) × 132.5mm (H) × 29.7mm (D)
Image dimensions: 6720x3360 pixels (7296x3648 pixels when combined in 2: 1 panorama)
Camera weight: 182 grams
What is interesting to me are plugins, which can be installed and perform specific functions, even without a phone.
The ones I have used the most are:

Some of the things I used the camera for:

Advantages of Theta Z1:
- Small, light and easy to carry;
- Easy to use;
- Shoots in RAW format;
- Offers the opportunity for interesting points of view (low, high, outspoken) and a specific "vision" of the photos;
- Ability to shoot 360 videos;
- Possibility for remote control from the phone;
- Support for plugins from different developers;

Disadvantages:
- It is not possible to replace the battery if it is exhausted and you cannot add a memory card if you have taken a lot of pictures and the space is used up. The 51Gb version partially solves part of the problem;
- Due to the two fisheye lenses, one must be very careful how he uses the camera;
- The resolution may be higher;
- In the summer outdoors and during prolonged shooting it heats up a lot (it is black) and can turn itself off.

p.s. At the time of the review came Theta X (January 2022), which has its own screen for viewing panoramas and control, removable battery and memory card, as well as higher resolution and stabilized video. The disadvantage is the smaller sensor and the lack of RAW format for photos. Maybe the latter will change in the future with a firmware update.

I have compared the Nikon D500 DSLR and Theta Z1 in several different scenarios:

1. Forest landscape - the DSLR is used with a Tamron 10-24mm lens and is shot at 10mm with a panoramic head Nodal Ninja M2 Giga. The resolution of the final panorama is 15000x7500 pixels, and for the example I made the size of both panoramas 8000x4000 pixels. It was shot in RAW format, processed with Lightroom and stitched with PtGui. On the left is the DSLR, on the right the camera. Click on the photo to view! 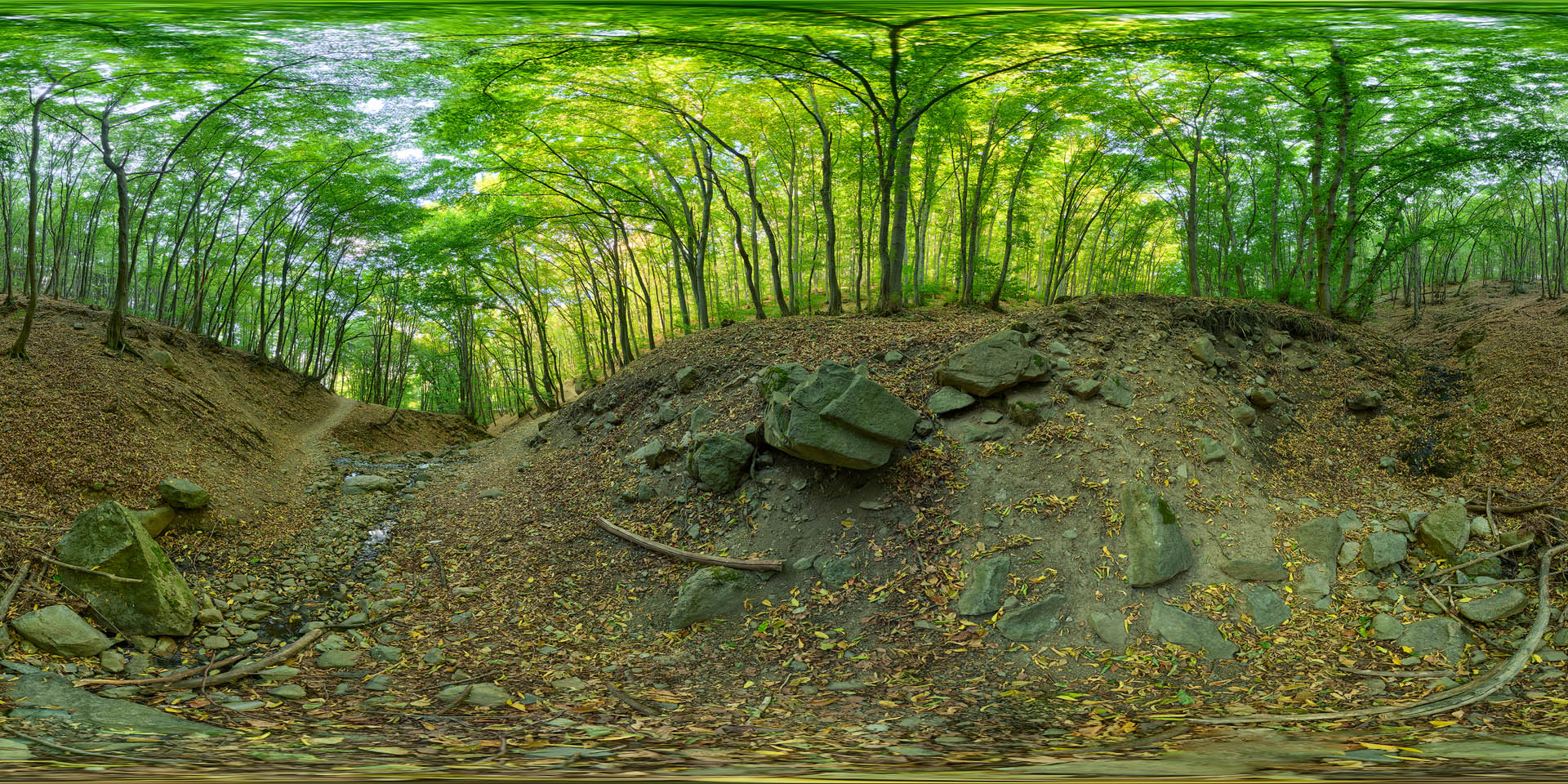 2.Sunny day outdoors. The camera has a Samyang 8mm fisheye lens - a resolution of the final panorama of 12000x6000 pixels. For the example, I made the size of the two panoramas 8000x4000 pixels. A separate color profile was made for each camera with Xrite Color Checker. Shot in RAW format, each camera took 9 frames in 1EV, processed with Lightroom, Sns-HDR and stitched with PtGui. On the left is the DSLR, on the right the camera Z1. Click on the photo to view! 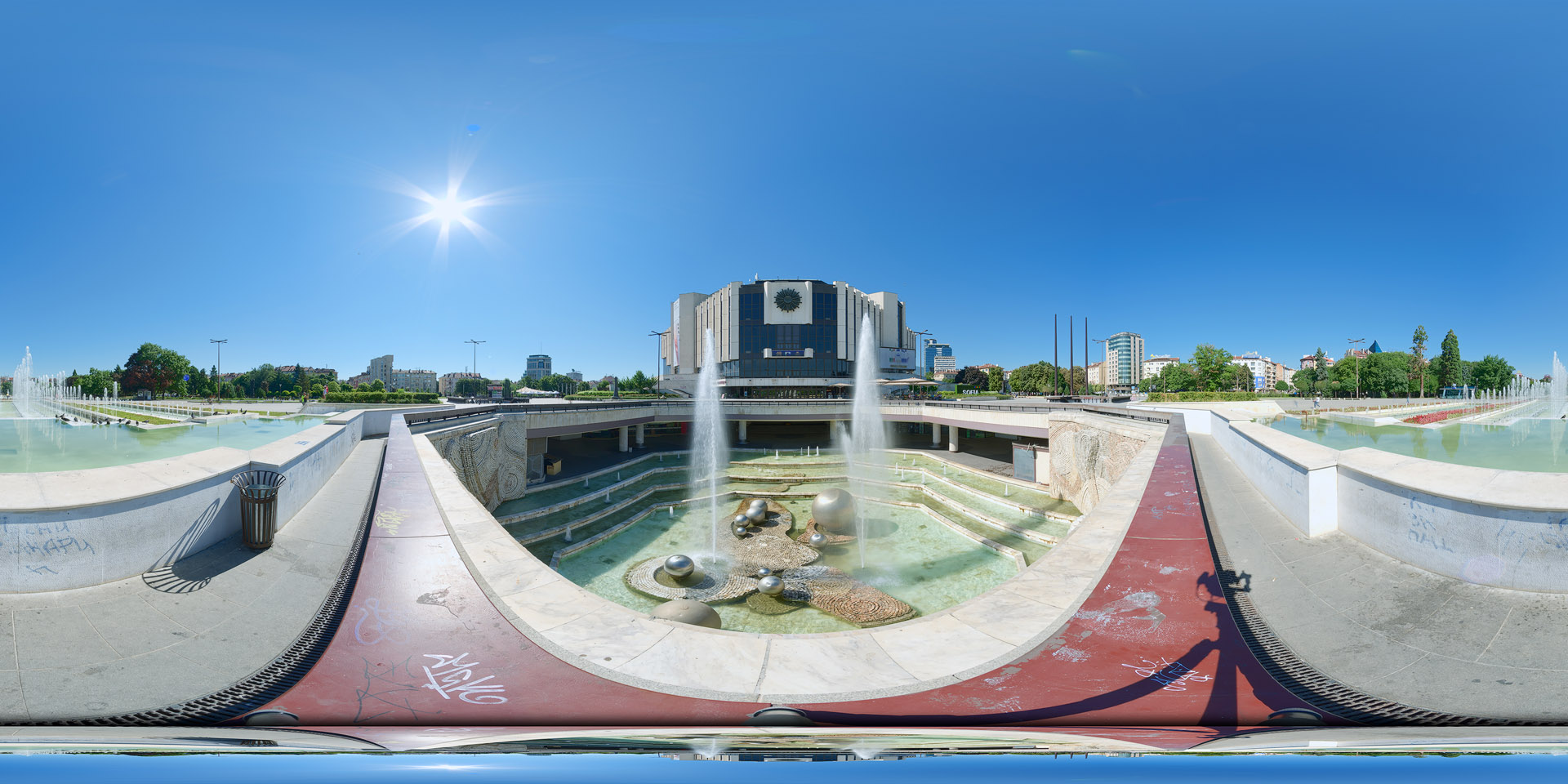 3. Interior with natural light. The camera has a Samyang 8mm fisheye lens - a resolution of the final panorama of 12000x6000 pixels. For the example, I made the size of the two panoramas at 8000x4000 pixels. A separate color profile is made for each camera with Xrite Color Checker. Shot in RAW format, each camera took 9 frames in 1EV, processed with Lightroom, Sns-HDR and stitched with PtGui. On the left is the DSLR, on the right the camera Z1. Click on the photo to view! 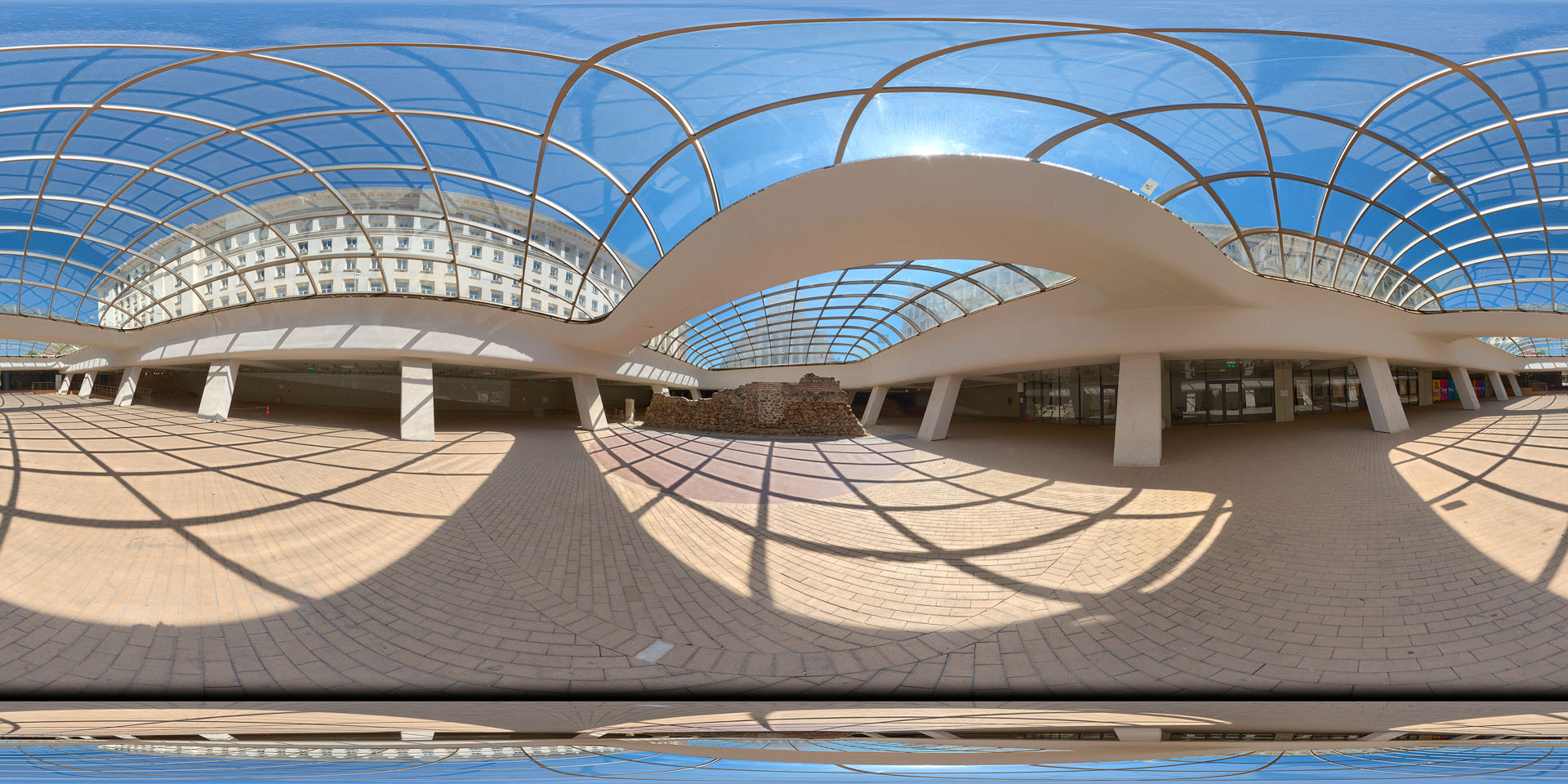 From the examples so far, several things can be seen:
* The DSLR has the expected advantage in the dynamic range, contrast and details, especially in shadows.
* Theta Z1 behaves quite well compared to its big brother, and if you do not zoom-in, the visual feeling is quite similar!

The next example is from one, a timelapse of Rila Lakes, while shooting a gigapixel panorama. Theta Z1 took a picture every minute for 4 hours. It was connected to an external battery. (DO NOT do this when there is / strong / wind, unless you have made sure that you have put weight on the tripod well, because it leads to damage of the camera and expensive repairs!)

From such timelapses become great photos, which gather N photos into 1:

Theta Z1 can be used to make virtual tours with great success. The following example was shot with DualFISHEYE RAW in HDR-NDG mode (shooting 9 frames and then connecting to the camera in one HDR file). Click on the photo to view!

A rather old but interesting virtual walk from the air, showing the capabilities of a small and light portable camera (in this case the first version of Theta): HERE

As a final conclusion, I can say that the camera is worth it - if you are an amateur, to enjoy photography and panoramas, and if you are a professional - to use it more in-depth as another tool in your arsenal.

In the photos from the gallery you can see different options for using and attaching the Theta Z1 - on a long monopod (Nodal Ninja Travel Pole), on a monopod stepped on a small or large tripod (for a higher point of view), with a clamp on a railing 90 meters above the ground, etc. Photos from the shooting of interiors and buildings, as well as in timelapse mode in nature. Two variants of quick release solutions suitable for the Theta Z1 can also be seen.